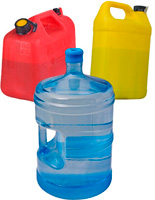 ABS Used to produce manufactured goods particularly resistant to impacts, such as suitcases, large and small electrical appliances, telephones and accessories for the automobile sector.

POM Used primarily in the production of precision parts for mechanics.

POLYPHENYLENE OXIDE – PPO Used when high-performance and high-temperature characteristics are required, for example in the electronic, medical, transport, appliance and industrial sectors.

PPS Used for many technical applications in the electrical, electronic, photographic, aeronautic and mechanical sectors and in the manufacture of certain electrical appliances.

PIB Used in the adhesives sector, as an oil for condensers and transformers and as a viscosity regulator in motor oils.

PVDF Obtained from the polymerization of vinylidene fluoride, it is characterized by a high level of chemical inertia accompanied by excellent rigidity and heat resistance. It is used in the chemical industry and can withstand temperatures of up to 120°C. Its piezoelectric characteristics mean it is also used in the electrical and electronic sectors.

PSU Used for equipment that must withstand temperatures greater than 150/180°C.

PVA Used for the production of adhesives, water-based paints and inks.

PU Used in the manufacture of fake fur, shoe soles and heels, films for electrical insulation and sporting goods, for technical uses and in the medical sector.

CA Used to make many different manufactured goods in many consumer sectors, from combs to spectacle frames, helmet face shields to typewriters, transparent boxes to toothbrushes.

SAN Used for a great number of technical applications in various sectors such as household goods, road transport and packaging and for panes, small electrical appliances, cosmetics, stationery and electronics.

EVA Generally used in the production of co-extruded films, in the electrical and medical field and in the footwear and toy industries.

By using the site, you accept the use of cookies on our part. for more information